The University of British Columbia

A place to share course materials including videos, photos, tutorials, syllabi and other tools to assist with teaching and learning across all areas of undergraduate physics and astronomy. Please review the license information provided for each item as usage rights vary. 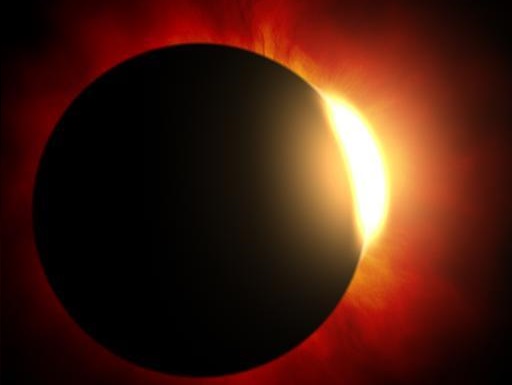 Collections in this community

Non-science majors learn the nature and workings of the Sun, stars, neutron stars, black holes, galaxies, quasars, structure and origins of the universe.

CU-PHYS 3310: Principles of Electricity and Magnetism 1

Covers mathematical theory of electricity and magnetism, including electrostatics, magnetostatics, and polarized media, and provides an introduction to electromagnetic fields, waves, and special relativity.

CU-PHYS 3320: Principles of Electricity and Magnetism 2

UBC-ASTR 101: Introduction to the Solar System

General principles of the celestial sphere, laws of motion and light, optics, and telescopes; current knowledge of the Sun and Solar System.

UBC-ASTR 102: Introduction to Stars and Galaxies

Structure and kinematics of our galaxy. Spiral arms and dynamics of stars in spiral and elliptical galaxies. Galactic formation, evolution, dynamics, and groups. Active galaxies and quasars.

A survey of recent discoveries about the planets and other objects in the solar system, without the use of advanced mathematics. The Sun, the existence of planetary systems around other stars, and the search for life.

A survey of recent discoveries in modern astronomy without the use of advanced mathematics. Stars, pulsars, black holes, galaxies, quasars and the origin and evolution of the Universe.

Observations and basic characteristics of extrasolar planets, including their formation, evolution, and potential for supporting life.

Introduction to the study of the Universe as a whole. Foundations of the Hot Big Bang model, the early Universe, nucleosynthesis, the cosmic microwave background, large-scale structure, galaxy formation and quasars.

Experiments in the use of astronomical instrumentation and data analysis. Use of the 40-cm reflector, spectrograph and electronic detectors. Photometric and spectroscopic analysis of digital data.

Basic experimental techniques in acquisition, analysis, and presentation and communication of data and technical results.

Project planning, management and reporting. This course involves writing a project proposal, carrying out an open-ended Engineering project, and reporting the results both orally and in writing.

Projects designed to give students research development and design experience. Projects are provided by research faculty in Science and Engineering and from local industry.

An optional course for those students wishing to continue their project work beyond the development in ENPH 479.

A project course for students pursuing entrepreneurial training within Engineering Physics, and wishing to further develop projects resulting from ENPH 459.

An introduction to fundamental concepts such as force, energy, momentum, and the use of graphs and vectors in physics; geometrical optics; electricity; laboratory exercises to familiarize the student with both the phenomena and the basic laboratory instruments commonly used to measure them.

A laboratory course accompanying PHYS 108 with emphasis on data collection and analysis and experimental techniques.

UBC-PHYS 157: Introductory Physics for Engineers I

A laboratory course with emphasis on experimental design, measurement and analysis techniques.

Special relativity: Lorentz transformation, dynamics and conservation laws. Quantum physics: the experimental evidence for quantization; a qualitative discussion of the concepts of quantum mechanics and their application to simple systems of atoms and nuclei.

Use of analog electronics and amplifiers, digital electronics and analog-to-digital conversion and the use of computers in data analysis and simulations in thermodynamic, electronic and modern physics experiments.

Introduction to UNIX/Linux; software tools for processing, fitting and displaying data; numerical methods and application in the physical sciences.

Analog electronics and amplifiers, digital electronics, analog-to-digital converters and an introduction to use of computers in data analysis and simulations.

A project-oriented lab introducing the design and construction of microprocessor-controlled devices.

Quantum physics, nuclear energy and particle physics at a level suitable for third- and fourth-year Science students not proceeding to a physics degree.

The fundamental physics behind global issues of energy use and climate change.

UBC-PHYS 340: From Atoms to the Universe

Ancient Greek ideas of substance and forms and modern concepts of forces and fields. The twentieth-century quantum revolution. The modern universe, from quarks and atoms to the big bang. Quantum paradoxes.

An introduction to the physical principles important to the production, transmission and perception of musical sounds. The treatment will be non-mathematical; with emphasis on demonstrations. Topics may include the description of sound waves, resonances, scales, physics of hearing, examination of specific musical instruments, etc.

A guided sequence of hands-on science modules intended primarily for prospective elementary schoolteachers, to help them to work constructively in a science teaching role.

UBC-PHYS 348: Frontiers in Physics and Astronomy

Review of principles. Particle mechanics: Euler's equations, tops and gyroscopes, motion of the Earth, Lagrangian and Hamiltonian methods. Variational principles in optics and mechanics, Liouville's theorem and statistical mechanics. The relationship between classical and quantum mechanics.

Spin and angular momentum addition, perturbation methods, and applications in the fields of Atomic, Molecular, Nuclear, and Solid State Physics.

Physical and chemical interactions of ionizing radiations and their biological effects at the cellular, tissue and whole-animal levels.

The students will prepare, under the supervision of a faculty member, a demonstration or series of demonstrations intended to illustrate physical principles to diverse audiences. Intended for third- or fourth-year Physics Majors and Math/Science Education students.

Molecular structure and architecture of biological cells, interactions of molecules in aqueous solution and at interfaces, physical properties of polymers and surfactants, mechanisms of cell membranes and cytoplasmic structures, thermodynamics of molecular machines and mechanical enzymes.

Introduction to quantum statistical mechanics and its application to systems of varying complexity from the simple ideal gas to the degenerate gas. Quantum fluids, phase transitions and simulation methods will also be introduced.